No One Left behind to Look after 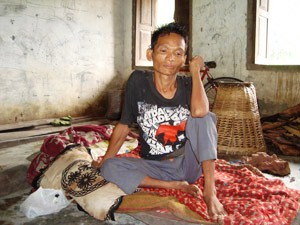 Mr Jaya Bahadur Syintan, a 38 year old resident of a rural village in Makawanpur district in Nepal, introduced himself as a "landless poor having no family members, a flood affected victim". Seven months before the interview, Jaya was troubled by a heavy cough and fever and noticed an uncharacteristic distaste for food. The symptoms progressively worsened to the point that he lost nearly a third of his body weight within six months. His wife and three kids left when his illness left him unable to work and provide for the family.

At this point, Jaya was diagnosed with a variety of minor illnesses when he visited the local health post. After his physical examination, he was instructed to take medicines for his fever, as well as vitamins and cough syrup. In all, Jaya spent roughly 30,000 Nepalese Rupee (over USD 420) on treatment that did little to relieve his suffering and drove him further into poverty.

MRC Nepal was contacted by Jaya, who had heard their STOP TB messages being spread around the village. When they arrived, he was seriously ill and lying down on the mat inside his hut. He was hardly able to speak with MRC Nepal staff to describe his illness. However, MRC staff brought him immediately to the local Health post, where he was referred to the District hospital for a TB diagnosis.

Since his diagnosis, he has kept to a regular schedule of taking his TB medicine. He is slowly but surely regaining his weight, and his other symptoms have reduced dramatically.

Mr Jaya Bahadur thanked MRC Nepal and the Stop TB Partnership Challenge Facility for Civil Society; "because of their contribution I live and survive and dream brighter future of life. Admiring thanks to god, thanks to Stop TB partnership, and thanks to MRC Nepal giving me new life." 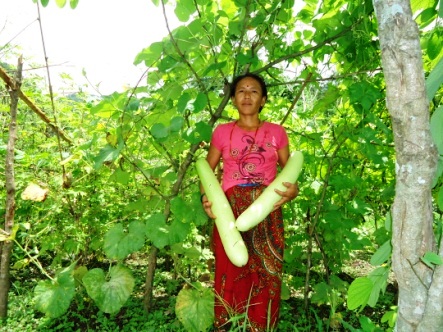